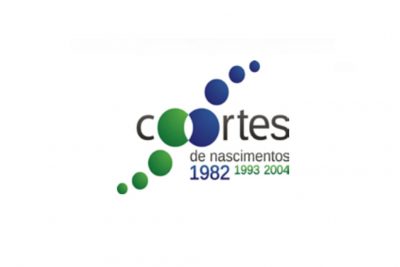 Population and sampling: In 1982, the maternity hospitals in the city of Pelotas, a southern Brazilian city, were visited daily and all births were identified (n=7,392). Those livebirths whose family lived in the urban area of the city were examined and their mothers interviewed (n=5,914).

Instruments: Birthweight was evaluated by the hospital staff. In childhood, we collected information on family socioeconomic status, maternal characteristics (including age, reproductive history, smoking), environmental characteristics, health service utilization and morbidity, nutrition (including duration of breastfeeding, and age at introduction of other foods), child care, maternal health and psychosocial development. At the 30 years visit, unlike the previous visits, participants were invited to visit our research clinic to be interviewed, examined and donate a blood sample. Concerning, the physical examination, weight and height were evaluated at every visit. Blood pressure has been pressure has been measured in adolescence and adulthood. At the 30 years visit, body composition was evaluated using dual-energy Xray absorptiometry and air-displacement plethysmography (BodPod). A photonic scanner was used to capture body surface topography. We also evaluated traditional anthropometric measures, such as height, sitting height and waist circumference. The thickness of the abductor pollicis muscle and skinfolds (triceps and subscapular) was assessed with a Langer caliper. The thickness of visceral and subcutaneous fat was assessed using ultrasound. Carotid intima media thickness and pulse wave velocity were also assessed. Spirometry was undertaken using a portable spirometer. Physical activity was assessed using IPAQ questionnaire and GENEActiv accelerometer. The monitor was worn for 4-7 days and collected at the participant’s home.

Follow-up: Follow-up visits were carried out at the mean ages of 1, 2, 4, 13, 15, 18, 19, 23 and 30 years. Most visits included subsamples of the cohort, except for those at 2, 4, 23 and 30 years. In the perinatal study, mothers answered questions on socioeconomic, demographic, and health-related variables.

Population and sampling: At 30 years, we interviewed 3,701 participants of the cohort, which after taking into account the 325 deaths identified among the cohort members, represented a follow-up rate of 68.1%. Follow-up rates were slightly higher among females, those who were born preterm and those in the intermediate socioeconomic categories.

Main results: Short and long-term consequences of exposures such as infant feeding, relative weight, linear growth and type of delivery have been major themes in our cohort. Concerning infant feeding, we observed that breastfeeding is positively associated with human capital at 30 years and that most of the association between breastfeeding and income at early adulthood is captured by IQ. Furthermore, breastfeeding moderated the effect of the FTO genotype on adiposity. With respect to early growth, linear growth in the first two years of life is positively associated with performance in IQ test at 30 years, whereas no association was observed for linear growth from 2 to 4 years. From 23 to 30 years, the prevalence of obesity increased from 7.5% to 22.1% among men and from 9.1% to 23.8% among women. Percent fat mass and subcutaneous fat thickness were higher among women, whereas visceral abdominal fat thickness was higher among men. Blood pressure was higher among men and mean increased from 23 to 30 years. On the other hand, prevalence of smoking slightly decreased from 23 to 30 years. Mean achieved schooling was 10.9 and 11.7 years among males and females, respectively.

Strengths and limitations: The follow-up rate at 30 years is similar to that observed in other cohorts from high-income countries at a similar age, and higher than in other cohorts from low and middle-income countries. Furthermore, we were able to carry out a thorough examination of participants, assessing several precursors of chronic diseases and evaluating some phenotypes close to their peak. Another strength is that, for breastfeeding, the confounding pattern is different from that observed in high-income countries.

External validation: In comparison with cohorts with different confounding structures have allowed more valid assessments on the long-term consequences of breastfeeding. Because, the cohort included more than 99% of all birth that took place in city in 1982, our cohort may be considered as a representative sample of the city’s population. Similar cohorts have recruited in 1993, 2004 and 2015, in the same population, with similar methodologies.